by Beau | Marketing and Sales | 0 comments 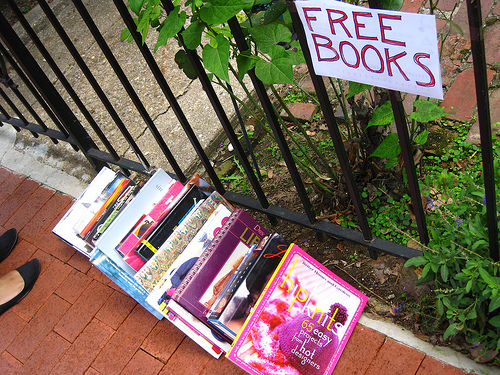 I just finished up my first Amazon KDP Select free promotion of my book The Knight Who Wouldn’t Sleep, and I wanted to give you all an in-depth look at the results, what I’ve learned, and what I’ll do differently next time around.

I want to start this post off by saying that one of the reasons I created this blog is that I’m still learning a lot about making and marketing children’s books. I’m sure I made a lot of dumb mistakes that a grizzled veteran of self-publishing wouldn’t make, but that’s OK.

I have a tendency to overthink and overplan stuff and never actually take action, and I’d been doing the same thing regarding running a free promotion. At first I was waiting until I had my second book published so I could have somewhere to point people who were interested in getting more of my books. But after that book was ready, I started making excuses about wanting to figure out the perfect game plan, submitting to all the right sites, blah blah blah. Really I was just scared to put it out there and see what happened.

Finally, after talking to my friend and brilliant self-published author Steve Scott, he convinced me to just try the promo and take some action, and then adjust my game plan after I had some actual information to work with. He was totally right. Thanks Steve!

Rather than plan weeks ahead so I could give notice to some of the huge free promotion sites (more on them later), I decided to start my promotion the next day and just use free promotion sites, Goodreads groups, and Facebook groups that don’t require any advance notice, as well as getting the word out to my social networks. Like I said, not the best idea ever, but worth a shot.

You can give your book away for free for up to 5 days in a 90-day KDP Select contract period. I decided to use 3 of my days for this promotion, partially in the hope that some of the free promotion sites I submitted to would pick me up on short notice, and partially in the hope that I could build up some momentum in the number of downloads and start getting on people’s radar before my time ran out. I figured that 1 or 2 days wouldn’t be enough time for this to happen.

To find sites to submit my promotion to, I used Tom Corson-Knowles’ excellent list of sites and groups to submit to. It’s almost a year old, so some of the sites no longer exist or have changed their rules and submission process, but it still has a lot of great info, and plenty of options to choose from.

One really cool tool/resource I’d like to give a shout out to here is the free book submission tool at Author Marketing Club. It has a lot of the top promotional sites in one spot, so you can just click through to each of them and list your book without ever having to leave the site! It’s seriously helpful, and I ended up using it for quite a few of my submissions. I submitted to a total of 11 free promotion sites, plus around a dozen Facebook groups and pages, and a few Goodreads promotional groups.

I secretly had a goal in mind before I started to get 1000 downloads of my book. I didn’t have a particular reason for this number except it was a nice milestone. I know some authors get far more free downloads, but I assume they’re hitting this number using well-honed promotional techniques and planning. I’ll certainly be increasing my goal in the future, but I felt like 1000 downloads was a good start.

I also hoped to sell some copies of my book Natasha the Ninja Princess, which was linked to in the back of the book and was on sale for a $.99 “launch price.”

Finally, my goal was to get some more reviews of the book. I’d sold quite a few copies, but only had 6 reviews at the time, which I think may have limited my ability to get listed on some free promotion sites (some have specific numbers of reviews you need before you’ll be considered).

Results: during my 3 day promotion, my book was downloaded 1076 times. I reached my goal! It was a close one- I was refreshing like a madman on the final day, and didn’t think I’d hit it, but I reached it on the evening of the third day.

I sold 5 copies of my Ninja Princess book. That doesn’t seem like a lot considering the 1000+ downloads, but I have to assume a lot of readers are like me and grab a book while it’s free but don’t actually read it right away. My hope is that I’ll continue getting sales of Ninja Princess in the future from people who downloaded from this promotion.

I also got 4 more reviews of The Knight Who Wouldn’t Sleep. That’s a big help! I reached the milestone 10 reviews I need to be considered on some of the bigger review sites, and since reviews are one of the hardest things to get, I feel like adding those reviews was a nice achievement from this promotion. Hopefully some people who downloaded the book but haven’t read it yet will end up reviewing it- I made sure to include a request for a review in the back of the book to encourage people to leave one.

Things I’ll Do Differently Next Time

I’m pretty happy with how my first promotion turned out, but there are some things I’ll do next time to hopefully do even better.

Most of the really big free promo announcement sites require at least a week’s notice before they’ll consider you, so there were a lot I didn’t bother submitting to this time around, and these could massively boost downloads. Next time I’ll give them plenty of notice and get promoted everywhere I can.

2. Create a mailing list/website for my books and link to it in the book

It’s awesome that so many people downloaded the book, but with the way Amazon works, I have no way to communicate with these people, so I have to hope that they love my stuff so much they seek out my future books on their own. Not smart.

I need to try to get these people on a notification email list for when I release new books or run sales/promotions of my other books. The best way to get them to actually sign up is to offer an incentive like an audiobook version of the book, a coloring book version, a free download of one of my other books, etc. These are pretty easy to create, so I need to make these and add them to all of my books.

Posting to my connections on Facebook and Twitter got me a decent amount of attention, but if I had come up with a better schedule and plan for how often and when to post, where to post, who to connect with, etc, I think I could have gotten a lot more out of social media efforts.

4. Include a link back to this site

I didn’t even think of this idea until it was too late, but I plan to go back and add a page to the end of all of my books that asks if people would like to become a children’s book author themselves, and encourages them to visit this site for more info and free advice. My books can be a great way to get the word out about this site, and vice versa.

I’m very happy with how my first free promotion turned out! It could have been better, and I learned some valuable lessons, but all in all I’m glad I took action and got my book out to many more people than would have seen it otherwise. I’ve got some good data and plans for next time around.

I hope this post was helpful for you! Please share your questions, comments, and feedback in the comments section below. I’ll do my best to answer any questions you have about the process, my approach, or results. Thanks for reading! And if you want to get free advice and updates like this, please subscribe below!

Want more help?
Get my free guide: 6 Steps to Self-Publishing a Children's Book!
This one page checklist breaks down each step, from idea to promotion! Plus you'll get more great articles and updates like the one you just read.

Get my FREE checklist: 6 Steps to Self-Publishing a Children's Book!

Your email is safe.

Hi, I'm Beau. I'm the author of 4 children's books and a dad to two awesome kids. I started this site to help aspiring children's book authors like me to get their books written, illustrated, formatted, published, and sold. Find out more here.

Need Help? Set Up a Call!